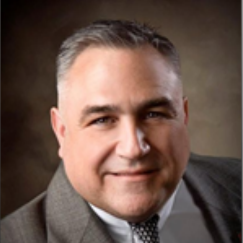 Michael Chionopoulos Attorney founded Absolute Law, PA, in 2010. Eighteen years before that, he gradated from the Oklahoma City University School of Law and was admitted to the Oklahoma Bar Association. Shortly after his admission, he practiced general civil law for five years before serving as general counsel of a public company. Mr. Chionopoulos eventually decided to put his career on hold in order to serve his country. He joined the U.S. Army and was deployed to the Middle East. He ultimately earned the rank of major, and after returning from his service, he was appointed as a judge and served on the bench until he moved to Florida in 2007. Today, as the owner of Absolute Law, Mr. Chionopoulos is able to utilize his experience in litigation, jury trials, non-jury trials and appeals. He primarily focuses on civil litigation, foreclosure defense, and family law, including divorce, paternity, custody and child support.

Mr. Chionopoulos is admitted to practice before all courts in Florida and Oklahoma, the United States District Court for the Eastern District of Wisconsin, the Court of Appeals for the Armed Forces, and the United States Supreme Court. Additionally, he is admitted to practice before the United States Court of Appeals for the Sixth, Seventh, Eighth, Ninth, Tenth and Eleventh Circuits. Recognized for his hard work and dedication, Mr. Chionopoulos was recently nominated as Adjunct Professor of the Year at Florida Gulf Coast University. In 2014, he was inducted into Worldwide Registry and was selected for inclusion in “Top Lawyers: The Secrets to their Success.” He was also a recipient of a Lifetime Achievement Award and Distinguished Humanitarian Award. Contact Absolute Law today for more information (239) 275-6453. Visit us on Facebook